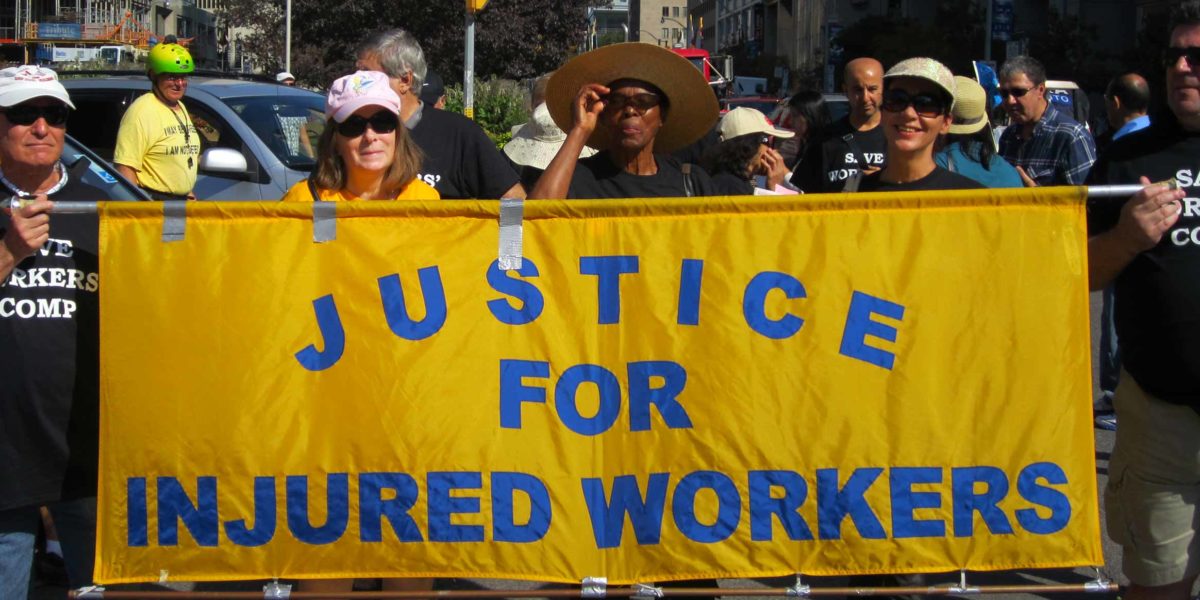 On June 1, hundreds rallied at Queen’s Park in Toronto for justice for injured workers.

The target of the protest was a Workplace Safety and Insurance Board failing to support injured workers and actively working against some of the most in need, including migrant workers. The WSIB administration was also targeted for their massive compensation while injured Provincial governments of all parties were also under the gun for the undermining of a just workplace safety program.

Here are four speeches from the rally, filmed by Nadine MacKinnon. And don’t miss Ella Bedard’s coverage of the rally at Rabble.ca: