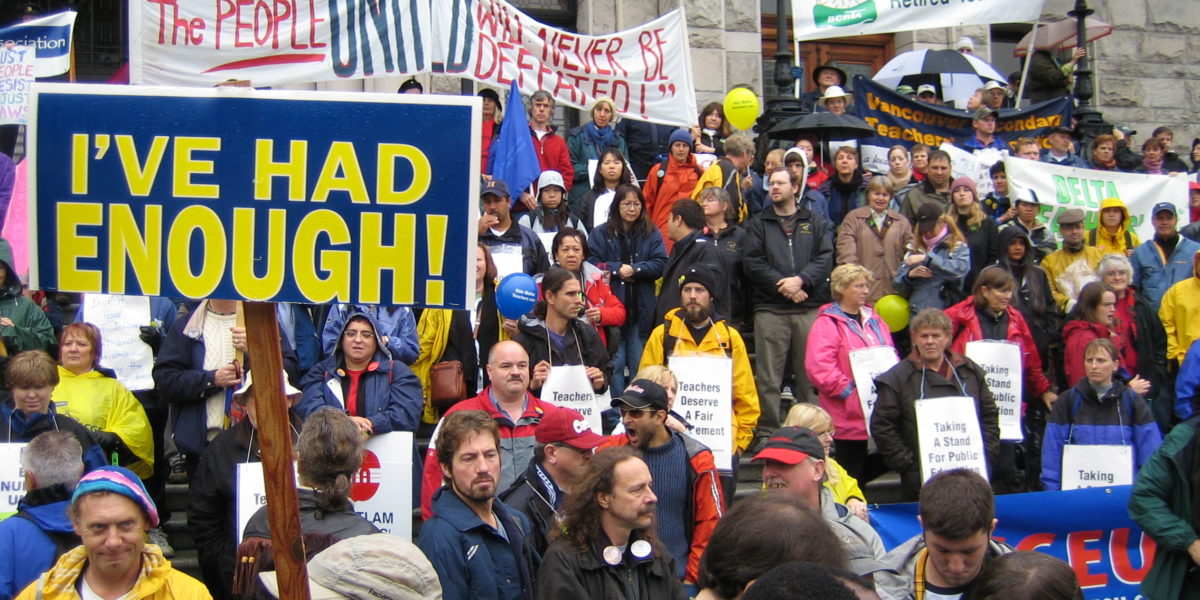 Seventy-two workers, including all staff except security, are off the job after contract talks broke off Friday between the Ontario Lottery and Gaming Corp. and Unifor, which represents some 7,000 at gaming sites across the province. 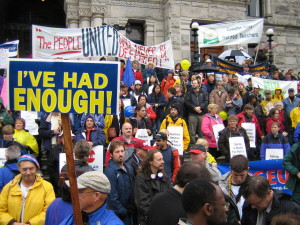 Just one year ago, BC teachers returned to class from what was the longest teacher strike in Canadian history. Teachers, upset with over a decade of deteriorating funding and particularly with large and complex classrooms, were unwilling to accept a contract offer which simply maintained the status quo. In one of the highest strike mandates in the BCTF’s history, they chose to strike. But a year later, class sizes are as large as ever. This article examines what we can learn from the last decade of struggle by the BC teachers’ union about strategy and rank and file-ism.

The union for Ontario’s public elementary teachers will begin rotating, one-day strikes in October unless the government and school boards return to the bargaining table and progress is made, says a confidential bulletin sent out to members.

Unionized workers are ramping up their fight against the Gallant government’s plan to privatize the management of hospital food and cleaning services.

If you believe the mainstream media, Ottawa’s airport is under siege by a an unruly mob of tax drivers since the lockout began on August 11. For the most shrill commentators, it’s a full-on “crisis”. But read on for the real story.

Though the band is from Vancouver, punk legends D.O.A. just helped create a prototypical Hamilton moment. The band tore through a set of fast-paced material Thursday, set up in the shadow of the Burlington Street overpass, directly across from the Max Aicher North America (MANA) plant where workers have been locked out for more than two years.

Rankandfile.ca editor Gerard Di Trolio spoke with Michael Butler, National Health Care Campaigner at the Council of Canadians, about what the Brad Wall government is doing to health care in Saskatchewan.

The Canadian Labour International Film Festival (CLiFF) is pleased to announce its 2015 festival line-up. After reviewing a record breaking number of films from more than 97 countries, the CLiFF Board of Directors and Selection Committee members have chosen the films which will be shown across Canada.