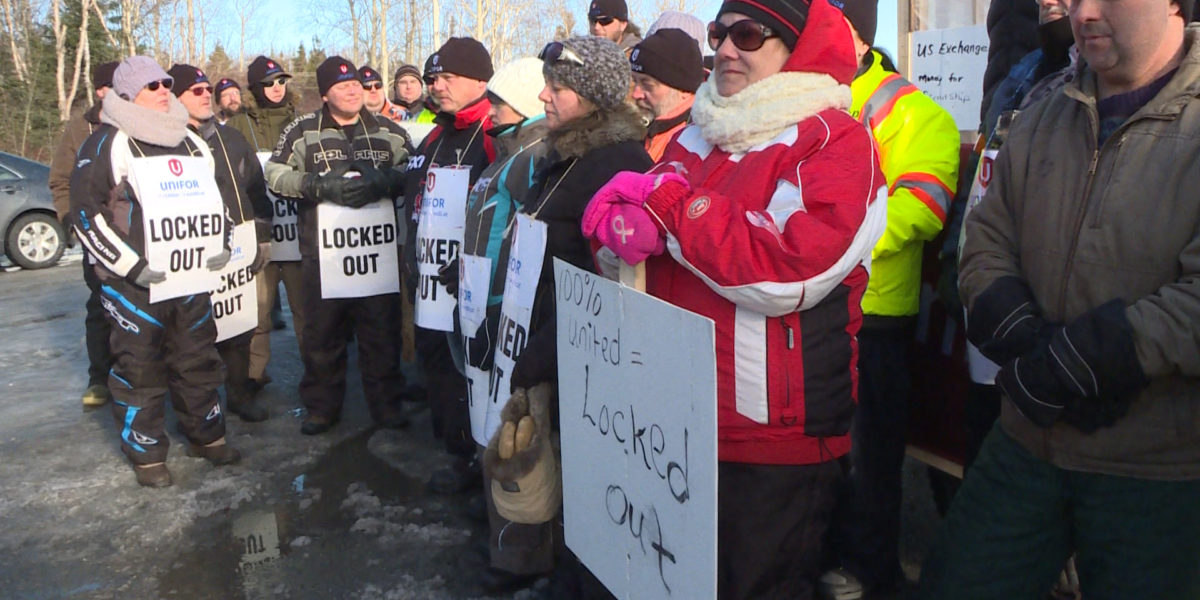 On day 597 of a lockout of workers by D-J Composites in Gander, N.L., Unifor Local 597 hosted a barbeque to boost morale. It was earlier this summer, and the lockout had almost reached two years.

Iggy Oram, plant chair, told the crowd there wasn’t much that the 32 aerospace workers could do. “Our focus is more or less on government now. It’s a shame on our government right now,” reported CBC News.

When D-J Composites ordered the lockout just before Christmas, 2016, few expected that it would last as long as it has. D-J Composites’ parent company is D-J Engineering, based in Kansas, a state where right-to-work laws have severely weakened worker power and lowered wages. Oram’s plea for government intervention didn’t work.

So, Unifor ramped up the pressure this past week. The union released a video that identified who has been working at D-J Composites while the company has locked out its regular workers.

The latter group loves this sort of debate. Labour education isn’t widespread: even knowing the difference between a strike and a lockout today is specialized knowledge.

Workers are out of options

Debate about whether, when, and how to name scabs has never been an easy one.

Shame has a specific use in society. Shame is used to coerce and control, as every woman knows. But shame is also useful: it is the expression of what is considered acceptable or unacceptable. We work to ensure that racist expressions are met with shame. We want the perpetrators of sexual assault to be shamed. And importantly, we want shame to be one of the consequences that someone considers before they decide to hurt someone else.

In the same way, we shame scabs in part because their work prolongs a labour dispute. It keeps workers off the job. Their labour enriches the bosses while also starving the worker whose job they’re taking while that person is locked out.

When a worker is locked out, they are literally locked out from their jobs. The 32 aerospace workers who have been locked out for 21 months are out of options. D-J Composites has not bargained in good faith. D-J Composites could fire them all, make some slight changes to their company and reopen, hire people for lower wages and with fewer workplace protections. They could do that, but they don’t because locking out their workers and hiring scabs is easier.

And it’s easier still, if people are willing to cross a picket line.

Pitting workers against one another is a classic tactic of regressive governments and bosses alike. There will always be someone who is more desperate and poorer, as the logic goes. And that might be true at the micro level: if we don’t care about the role we play in maintaining good jobs and higher salaries, we might be OK with undercutting our neighbour’s ability to work.

In June, Unifor named and shamed scabs brought in by Compass Minerals from New Brunswick during a strike at a salt mine in the small town of Goderich, Ont. Replacement workers were used for most of the duration of the 11-week strike. When they left the site for good, Unifor declared victory. The strike ended a week later. The tactic was not met with the same anger as the decision to name scabs in Gander, and it’s worth asking why.

There is a principal difference in how Unifor personified the tactic in Goderich than in Gander: in Goderich, Jerry Dias took the lead with media, defending the tactic of naming and shaming. In Gander, it was Lana Payne. The difference in pure rage directed towards Payne and Dias can only be described as sexism. Payne is an easy target online because she’s a woman with an opinion.

From Sept. 7-10, Payne was mentioned on Twitter nearly 500 times, and most mentioned the video that Unifor released.

From June 15-19, when Unifor circulated the list of names of scabs in Goderich on social media, there were only 24 tweets that mentioned Dias, and fewer than five were hostile to naming scabs.

The irony isn’t lost on me: Lana Payne has been a principal target of attack and abuse and many people came out stronger in support for people’s right to scab and to take someone’s job than they did for the union that’s trying desperately to pressure D-J Composites to end their lockout. Is it really naming scabs that made people so angry, or is it seeing a woman in leadership who defends a difficult and controversial (and necessary) tactic?

One thing that’s clear, is that anger directed at Unifor has been a proxy for dozens of other issues: people are mad that this might spin out and negatively impact the NDP’s chances in a by-election. People are mad at Unifor and other tactics that the union has used in other industries.

In the mix of these online proxy wars and name-calling, the real villain, D-J Composites, remains relatively unscathed. Since the lockout started, D-J Composites’ head company, D-J Engineering, has been awarded $27.6 million in contracts by the U.S. federal government.

Unless and until public or government pressure brings an end to using scab labour, the lockout will continue. And, unless there’s a more effective tactic to bring pressure on D-J Composites, I fully support the naming and shaming of scab labour.

This article was first published by the National Observer.