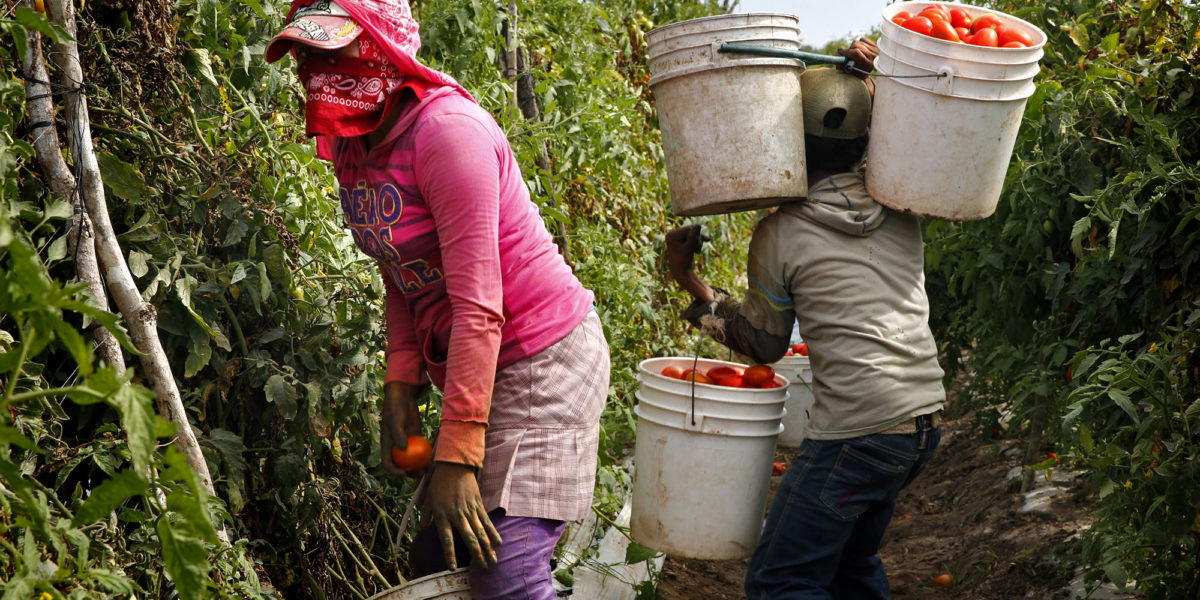 Southwestern Ontario is the historic home of Canadian tomato growers. The bulk of the crop goes to processing, and since 1909 the dominant corporation had been H. J. Heinz, a food giant based in Pittsburgh. But in 2013 the Heinz Corporation was bought by Warren Buffett’s Berkshire Hathaway (26 per cent) and 3G Capital (51 per cent), based in Brazil. It was soon announced that they were planning to close their plant in Leamington. The story has been a snapshot of what has happened to the manufacturing industry in Ontario following the free trade agreements with the United States.

In 1988 Canadians were informed that their government, headed by Brian Mulroney, had been negotiating a free trade agreement with the U.S. 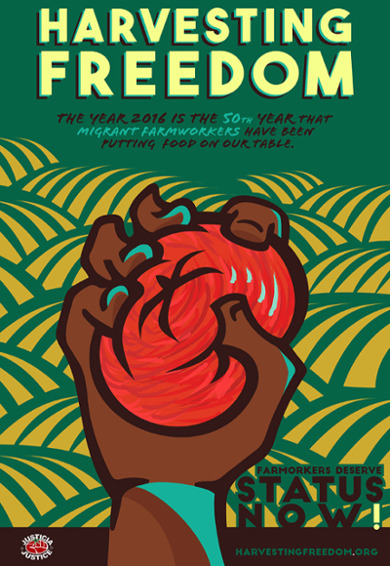 government. The push for this had come from organizations representing big business and finance on both sides of the border. The Action Canada Network was formed, representing many democratic organizations who opposed the free trade agreement with the United States.

Along with many Canadian political economists, they warned that given the reality of Canada’s branch-plant economy, any free trade agreement would likely lead to many plants closing and their operations moved back to the United States. But Canada’s political leadership pushed through the “New Economic Constitution of North America,” as U.S. President Ronald Reagan termed it. Over the next 25 years Ontario communities saw factory after factory shut down. The food industry was not immune to this development.

Neoliberalism and the “free trade agenda”

The “free trade agenda” is part of the new political economy commonly known as neoliberalism, a return to the open free market system that existed before the Great Depression and the social democratic governments that dominated the political agenda for thirty years following World War II.

The liberal package included the repeal of ‘populist’ national policies which were aimed at promoting domestic manufacturing, the privatization of state owned enterprises, deregulation of the economy, reversing legislation which protected workers’ rights and trade unions, cuts to social programs and the repeal of progressive tax systems designed to promote greater equality.

The goal of the organizations representing the corporate sector was to increase their rate of profit. They wanted the right to produce anywhere in the world, sell their products anywhere, and not be subject to any government controls on the movement of their products or capital. In more recent years, with the world economy characterized by overproduction, excess capacity and limited profitable investment opportunities, the corporate sector has sought to open investment opportunities in all areas of the public sector, including health, education, social services, social housing and government services.

In 2013 the new owners of Heinz announced that they were going to shut down the plant in Leamington. 3G Capital had a reputation for taking over companies, laying off many workers, and putting top priority on raising the profit ratio. Warren Buffett, the other major partner in the new ownership, said that the Canadian plant was “not efficient”: it relied on fresh tomatoes grown in Canada, bypassing cheaper tomato paste that could be imported from producers in Mexico and elsewhere.

Was there an alternative? Sam Diab, the plant manager at the Leamington operation, found several investors in the Toronto area and put forth a plan to keep the plant open and operating. Changes had to be made to continue production under the free trade model.

(1) There would be a major downsizing in the plant’s operation. The regular work force would be initially reduced from 740 to 250. The workers, primarily women, were represented by a trade union, United Food and Commercial Workers. Production workers who kept their jobs would see their hourly wages reduced from $25 to $16. The union accepted the changes as there was no alternative.

(2) The business in its new form survived because of a regulation under the Canadian Agricultural Products Act. This specified that tomato juice sold in Canada must be made from fresh tomatoes and not paste. Heinz had 50% of the Canadian tomato juice market and did not want to give this up. They negotiated a five year contract with the new owners, now known as Highbury Canco. Business interests complained that this type of “trade distorting regulation” was supposed to be eliminated under the terms of the existing free trade agreements. Such regulations will likely be eliminated if the Trans-Pacific Partnership (TPP) free trade agreement is ratified.

(3) The number of tomato growers has declined since the plant changed ownership. In 2013 Heinz had contracts with 119 tomato growers; that was down to only 10 in 2015. The tonnage of tomatoes grown in this area of Ontario declined from 555,092 in 2012 to 432,175 in 2015. There remain two other tomato and vegetable processor in the region, ConAgra Foods, a U.S. food giant in Dresden, and Canadian-owned Sun-Brite Foods which is located near Leamington. Vegetables are also processed in Quebec by Bonduelle North America, a French corporation.

(4) Highbury Canco wants to expand the company’s production by introducing a new class of tomatoes, to be called “industrial paste.” They argue that this could add an additional 250,000 tons of tomatoes and 25 – 30 more growers. Farmers who lost their contracts have had to switch to corn-soybean production, with lower returns. Of course, tomatoes in this new fourth class would bring farmers less money, as the industrial paste would be sold bulk to other processors at a discount. Regular tomato paste in 2014 brought farmers $110 per ton. The company argues that the new class would bring farmers at least $95 per ton, the paste price in 2013.

(5) Standing in the way of total free trade in this case would be the Ontario marketing boards. The Ontario Farm Products Marketing Commission has not approved the introduction of a new fourth class of industrial paste tomatoes. Neither has the Ontario Processing Vegetable Growers. They do not have the economic power of the supply management marketing boards (like milk, poultry and eggs), but as marketing agents they do have considerable influence. They are there to provide some power for farmers when negotiating with agribusiness. Corporate interests, and their liberal academic supporters, expect that the Trans-Pacific Partnership agreement will eventually put an end to the influence of farmer-controlled marketing boards.

(6) In order to try to keep businesses in Canada, governments have increasingly offered them subsidies. Leamington granted Highbury Canco subsidized municipal water and re-assessed the value of the plant, cutting their property taxes in half. The city council abolished all development charges for building construction. The provincial government “invested” $2.5-million in Highbury Canco to help it expand production lines. Such practices have become a normal part of business under free trade. Most people are aware of the huge subsidies that are given to automobile corporations.

What is it like to work in a manufacturing corporation operating under the new free trade, free market regime? Of course workers were not happy when their wages were cut as at Leamington. But they lined up to work at the new plant as there were very limited alternatives.

We can get an idea by looking at the comments posted by workers at the Kraft Heinz plant, as reported at www.glassdoor.ca:

There is also a new factor on the horizon: climate change. As weather systems become more unstable and destructive, a crisis is expected to develop in the production and distribution of food. There will be greater pressure on Canada to expand our own production of food, especially fruits and vegetables. It is likely that we will need to move to a production system similar to that used during World War II, with significant government intervention. This would be the opposite of the free trade model. A growing crisis will provoke a new political struggle.

This article first appeared on the blog johnwwarnock.blogspot.ca.
Share this...